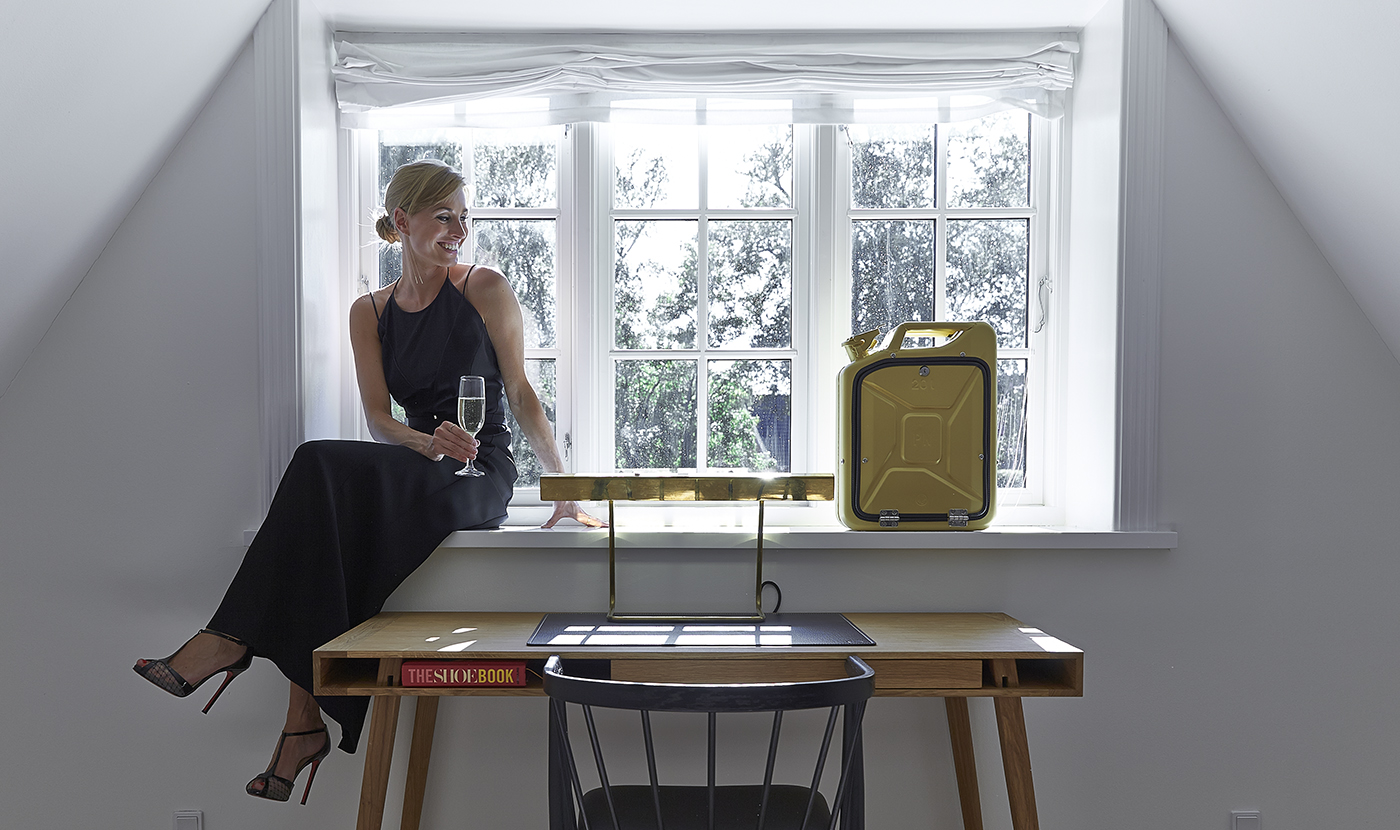 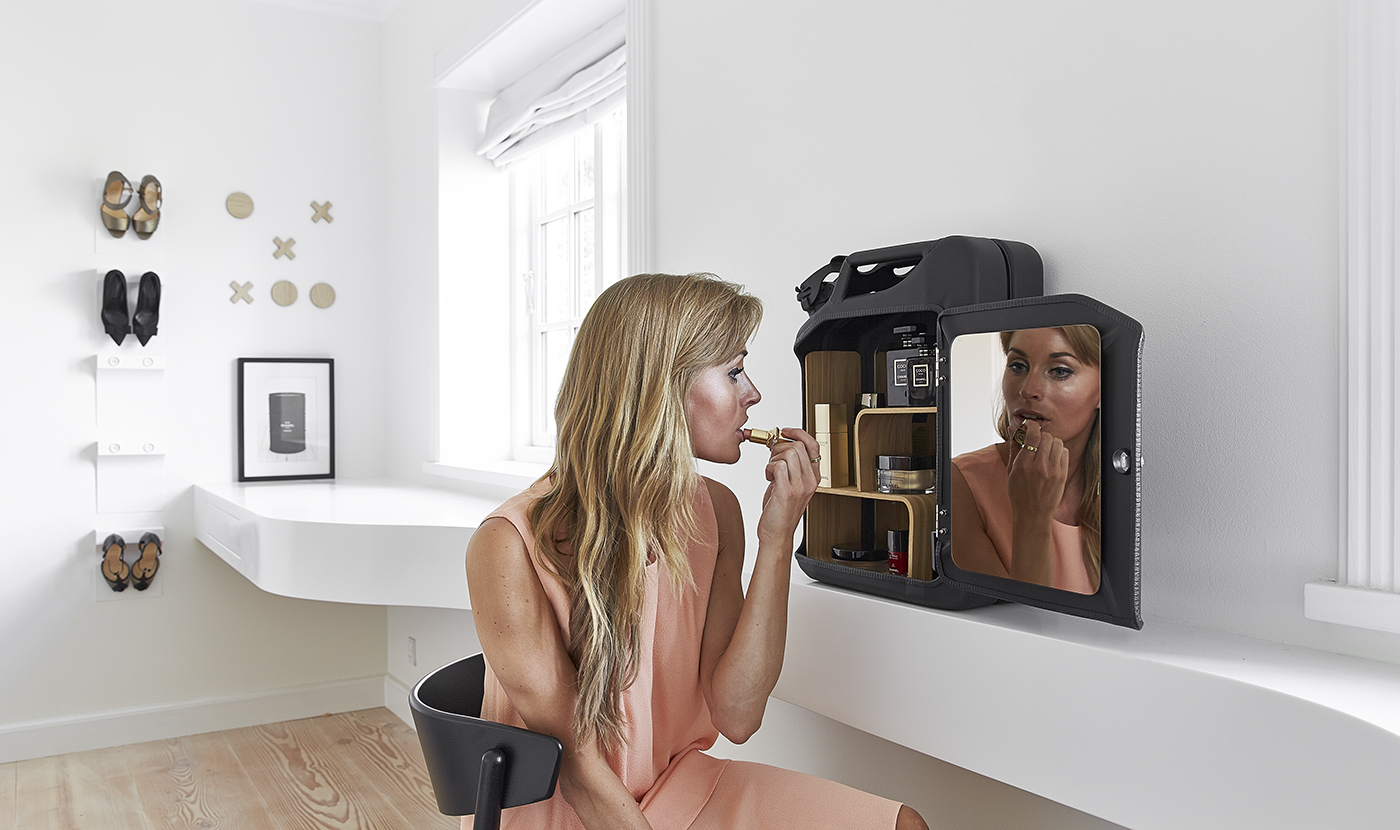 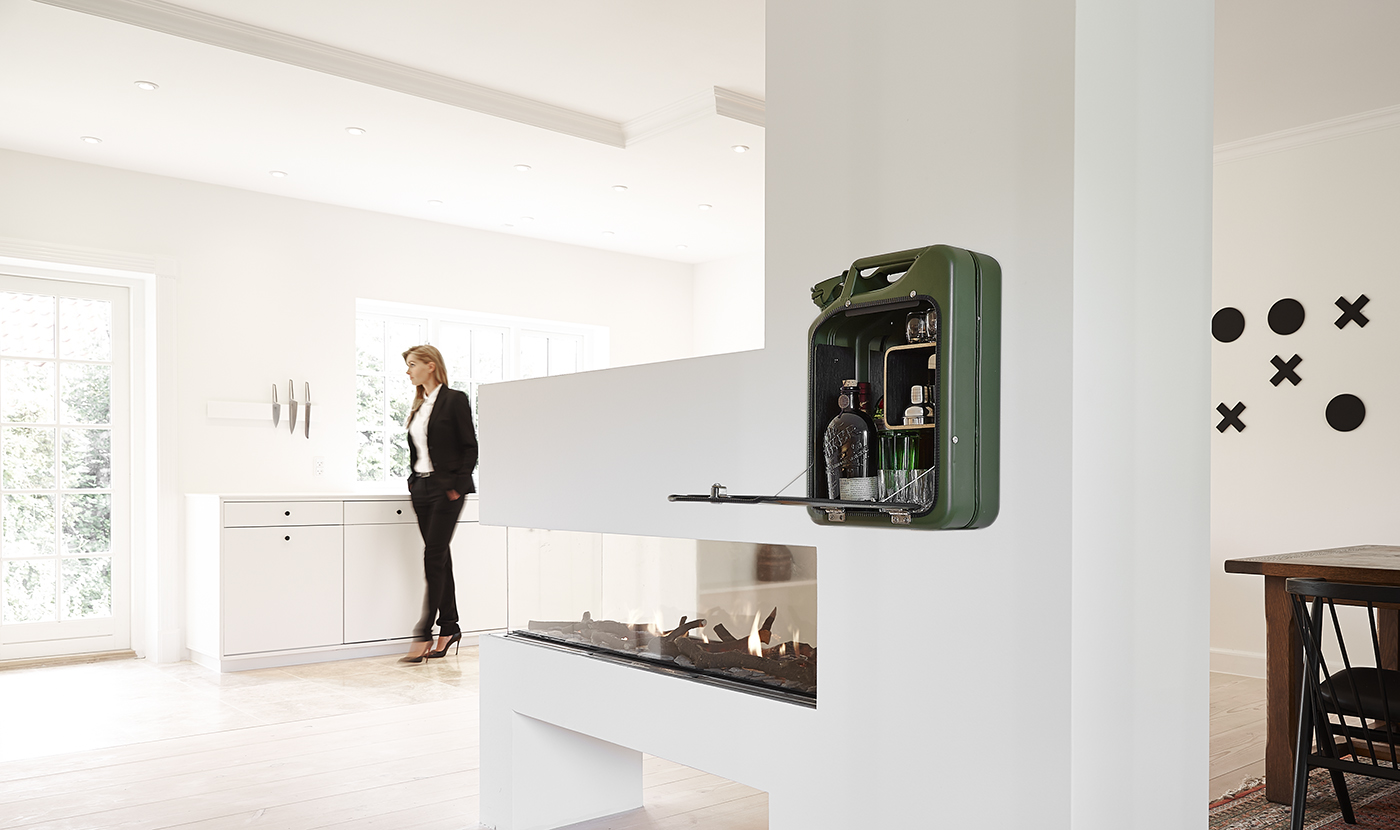 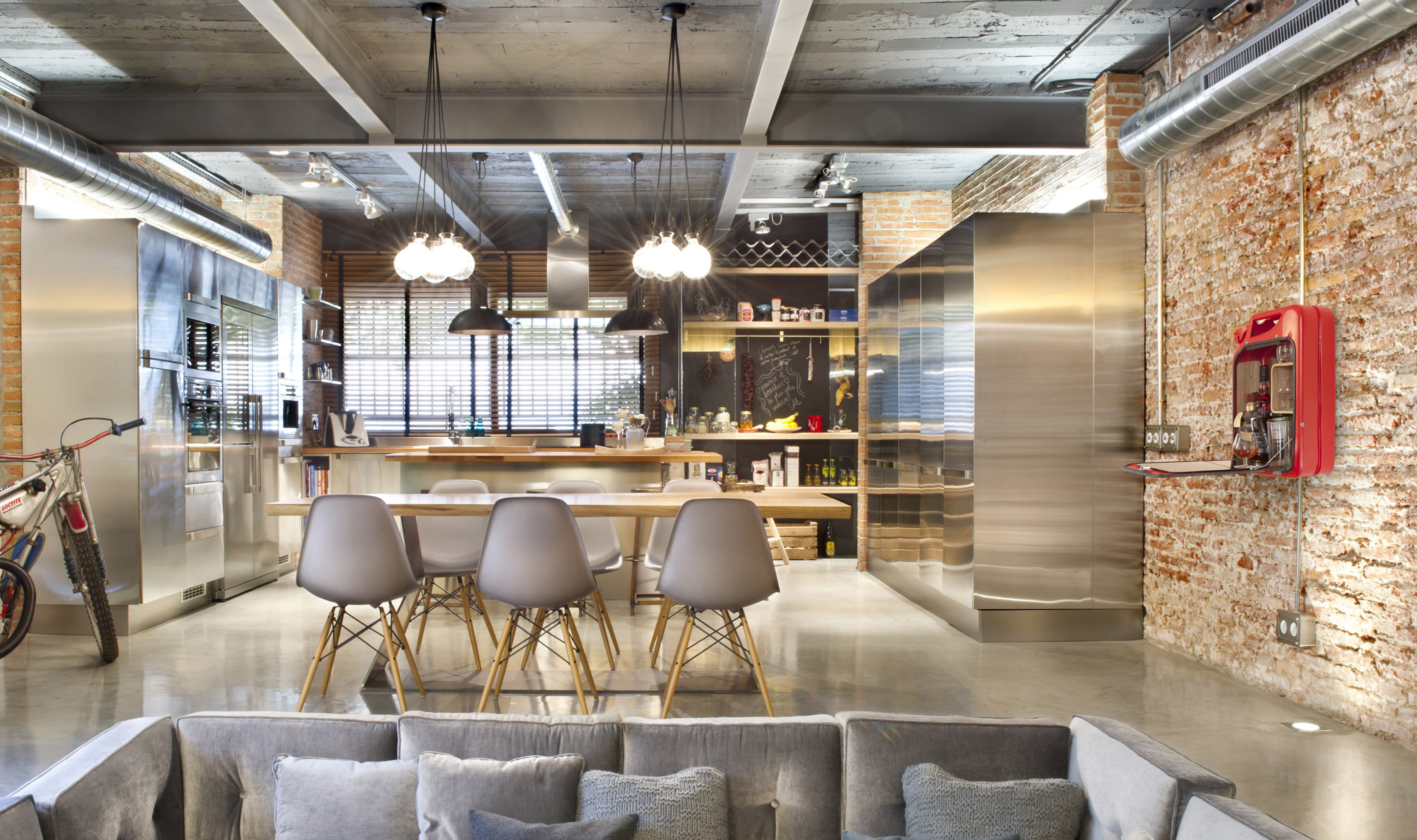 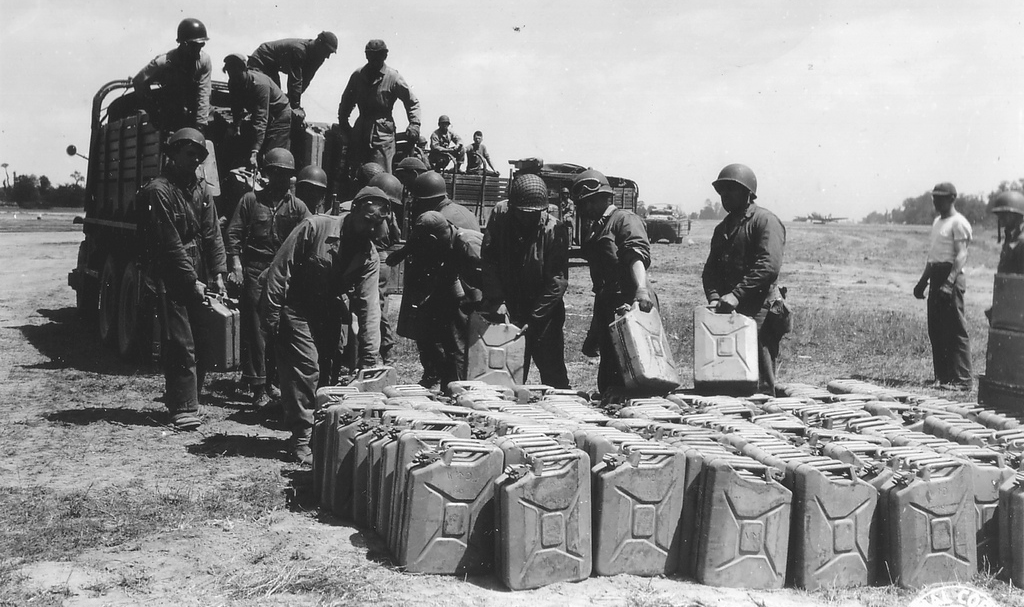 Danish Fuel Jerry Cans Is was made for GAS, Diesel, Kerosene and Water.

Before upcycling A Jerry Can

At Danish Fuel we collect the Jerry Cans primarily at military surplus stockhouses.

After upcycling A Jerry Can

The upcycling process lasts 3 weeks. 1: Cutting, drilling and grinding. 2: Burning and sandblasting. 3: New powder coat is added. 4: Internal shelves are molded in plywood. 5:Assembly and mounting. Every step is, of course, done by hand. In Denmark

What is a World War II Jerry Can?

A The Jerry Can was invented by the Germans in 1939, just before WWII. Made to win the war, it was designed for gas, diesel, kerosene and water. The cans were coded by their colors, showing how the red ones contained gas, the yellow ones were diesel, the light blue contained kerosene and the blue were filled with water. Their original name was the “Wehrmacht Kanister”, however, the Germans were nicknamed the “Jerries”. Therefore – the Jerry Can.